On March 11th, 2022 The Texas Cyber Summit, Board of Directors voted unanimously to permanently move the Non-Profit and the Hacker & Cybersecurity Conference to Austin Texas.

Here we come Austin !  – Austin is the state capital of Texas, an inland city bordering the Hill Country region. Home to the University of Texas flagship campus, Austin is known for its eclectic live-music scene centered around country, blues and rock. Its many parks and lakes are popular for hiking, biking, swimming and boating. South of the city, Formula One’s Circuit of the Americas raceway has hosted the United States Grand Prix

76 Fun & Unusual Things to Do in Austin, Texas

From larger arenas like the Moody Theater to smaller spots such as the The Continental Club on South Congress, Austin has an endless, quirky and diverse selection of music festivals and live-music venues. Thanks in large part to the live-music television program Austin City Limits, Austin is known as the Live Music Capital of the world. The show was first broadcast from the University of Texas campus in 1976, and in 2011 it moved to its new home at the W Hotel in downtown Austin. The show is the namesake of the Austin City Limits Festival, Austin’s second-largest music festival, after South by Southwest (SXSW). 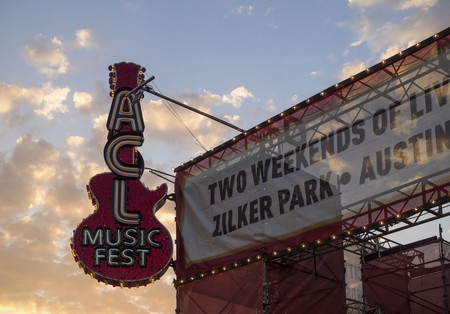 Texas is full of fantastic museums catering to all interests, from the Houston Museum of Natural Science to the Dallas Museum of Art and the National Museum of the Pacific War in Fredericksburg. But to be really immersed in the Lone Star State’s unique history, head to the Bob Bullock Museum in Austin. Through the exhibits spanning three floors, you can learn all about the people, places and events that shaped Texas, from independence from Mexico, annexation by the USA, immigration, Civil War, Reconstruction and the Depression era right through to today. 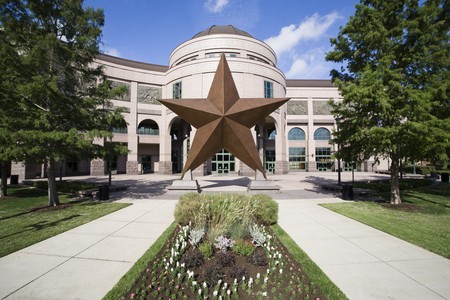 From the shores of Lady Bird Lake to the city’s highest vantage point on Mount Bonnell, Austin is full of natural beauty. One of Austin’s nicknames, ‘City of the Violet Crown,’ most likely refers to the blue and purple twilight that descends on downtown before sunrise and after sunset. This stunning atmospheric phenomenon casts a pinkish glow on the city’s skyline, best viewed near dawn or sundown from the pedestrian bridges that cross the lake.

Austin provides plenty of opportunities to be immersed in nature. The Hike-and-Bike Trail around Lady Bird Lake is one of the city’s main outdoor attractions, enticing about 1.5 million visitors to the tree-lined, 10-mile (16-kilometer) trail along the Colorado River. Beyond downtown, other green spaces include Shoal Creek and the Barton Creek Greenbelt. For more outdoor fun, check out our guide to some of the best parks in Austin. 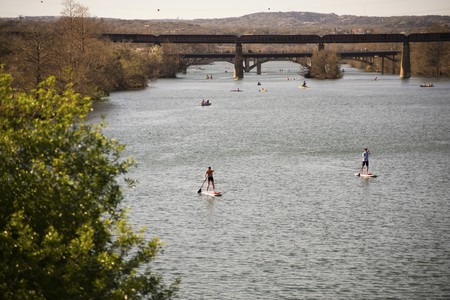 Almost endless sunshine (and all that comes with it)

Austin is scientifically designated a humid subtropical climate, characterized by long, hot summers and short, mild winters. This makes for brief springs (be careful not to miss the bluebonnets) and barely noticeable autumns, with minimal foliage change. While severe rain storms and tornadoes do strike occasionally, sunshine is abundant all year round, allowing locals to enjoy swimming holes and hiking trails like the Barton Creek Greenbelt almost every day. 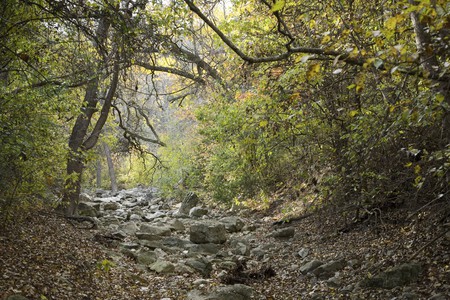 Creative, inspiring, generous. Maybe it’s southern hospitality; maybe it’s all that sunshine they soak up, but Austinites, like other Texans, are known for their friendly spirit and commitment to community. Austin’s neighborhoods each have a different character, history and charm, but all have people who dedicate their lives to community service – like Florence Ponziano, whose Comfort House ‘gives kids a chance to flourish and achieve their dreams.’

Perhaps it’s the inclusive nature of the locals that has drawn creatives to Austin from across the country. The city may be an incubator for innovative technology, but it’s also a hub for designers, photographers, florists, artists and writers. And while there’s certainly a healthy dose of hustle, the general vibe is ‘community over competition,’ making Austin a great place to meet fellow creatives and build the collaborative relationships that ultimately establish a niche.

While SXSW is known for attracting entrepreneurs in technology, engineering and science, events like Create + Cultivate, the Texas Book Festival and the Texas Conference for Women provide reasons for creatives and aspiring leaders in all fields to visit Austin as well. 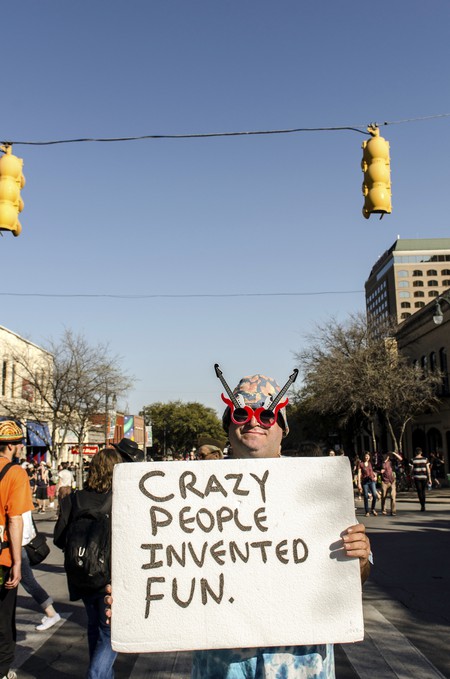 A balance of small town and big metropolis

Austin was recently named the best place to live in the USA, and while the ranking compares quality of life and job markets across the country, Austinites take particular pride in differentiating themselves from bigger cities like Dallas and Houston. The city’s unofficial slogan, ‘Keep Austin Weird,’ stemmed from a campaign in 2000 to protect local businesses against larger, national chains.

At the same time, Fortune 500 companies such as Amazon, Apple, eBay, Facebook and Google all have headquarters or regional offices in the growing metropolis. While this unique blend of big-city opportunity with small-town charm creates a sense of unity in diversity, it also generates sarcastic local idioms like ‘Don’t Dallas My Austin.’ Visitors to Austin can enjoy all the amenities of a big city with the charm of neighborhood restaurants and quirky local businesses. 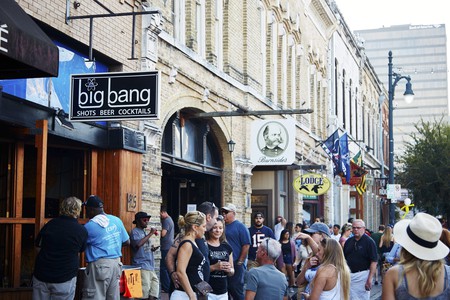 In addition to a smattering of independent boutiques, thrift stores and souvenir shops, Austin offers shopping opportunities galore with The Domain, a multi-phase development with over 100 upscale and mainstream retail stores (such as Neiman Marcus, J.Crew, Madewell, Anthropologie and the Apple Store), restaurants, apartments and hotels.

Generally speaking, Tex-Mex cuisine is a major draw to Austin, home to some of the best Tex-Mex restaurants such as the historic Matt’s El Rancho and newer favorite Mi Madre’s. But queso alone is a reason to visit the state capital all by itself: served as an appetizer or side dish, this melted cheese with chili pepper ranks high on a list of foods Austinites can’t live without. One downtown bar even hosts an annual Quesoff, in which vendors compete in four categories: Meaty, Spicy, Veggie and Wild Card. Grab some tortilla chips and eat like a local at places like Magnolia Café, Taco Deli and Torchy’s Tacos. If you love Mexican food, be sure to eat your way through our list of the best Mexican restaurants in Austin.

Austin is teeming with some of the state’s best barbecue joints. Franklin Barbecue is famous for its coveted brisket, daily drawing crowds as early as dawn. Further outside the city, Driftwood’s Salt Lick BBQ has been serving its sweet barbecue sauce and delicious cooked meats for over 50 years, feeding three generations of hungry Austinites. The spot regularly attracts celebrities, such as comedian Jim Gaffigan (almost as famous for his obsession with food as for his comedy). 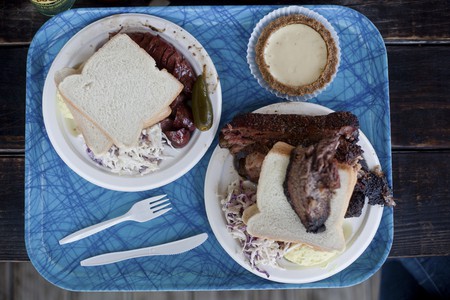 Queso and barbecue aside, the Lone Star State’s capital is also a breeding place for fitness brands and health-conscious food chains. Austin is home to blossoming fitness brands (like Outdoor Voices) and organic supermarkets (such as Whole Foods Market). The city is also home to Camp Gladiator, now a national outdoor bootcamp brand with locations all over the city; check online for weekday times and locations, or try out any of the free community workouts on Saturdays. If you’re looking to give your spiritual and physical wellbeing a boost, be sure to give some of Austin’s best yoga studios a visit.

The burgeoning Austin coffee scene is a reason to visit all by itself. Houndstooth Coffee changed the landscape of Texas coffee when it opened on North Lamar in 2010, and its Frost location is now one of SXSW’s top destinations. The shops serve beans from Houndstooth’s own roasting den, Tweed Coffee, along with several others from out of state.

Owner Sean Henry previously worked for Caffe Medici, another influential local coffee brand, and now operates four locations in Dallas and Austin. New independent shops such as Figure 8 Coffee Purveyors and Fleet Coffee have followed Houndstooth’s suit, and every month, local baristas gather for a monthly latte art ‘throwdown.’ The event is always open to the public, and locations rotate around town; check any local shop’s Instagram for details. If you’re looking to get your coffee fix, be sure to check out our list of the best coffee shops in Austin to experience the burgeoning coffee culture first hand.

Along with classic icons like the State Capitol Building and the Main Tower on the University of Texas at Austin campus, the growing city skyline boasts beautiful new architecture, best showcased in the unique Frost Bank Tower. Austin is also well known for its weird homes, which can be toured annually. For interior design lovers, many of the city’s restaurants and hotels have received national recognition in publications such as Vogue and Curbed. 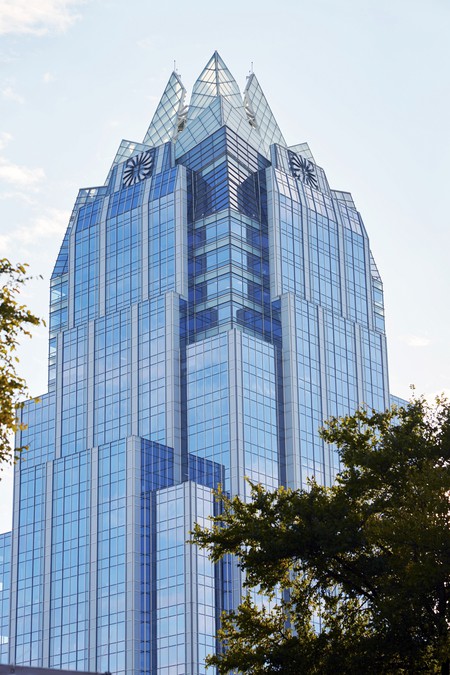 Celebration of the arts

Between its many museums, galleries and theaters, Austin has long demonstrated its commitment to the arts. The Paramount Theater downtown hosts live music, film premieres, comedy shows and classic movies in the summer. SXSW showcases rising music talent from across the country. 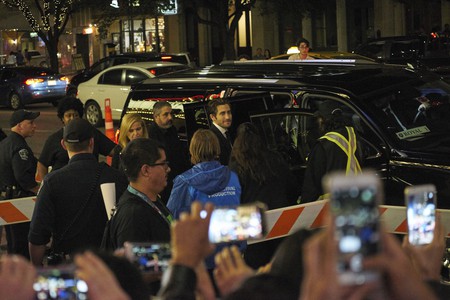 Austin’s nightclubs regularly rank high on national lists of the best places in the USA to host a bachelor or bachelorette party weekend. For many years, the city’s mainstay scene for nightlife was the Sixth Street District, affectionately known as ‘Dirty Sixth’ by locals. Now, areas like Rainey Street (just south of downtown), East Sixth (across I-35) and South Congress all provide alternatives. Each district is lined with pubs, bars and live-music venues and has its own charm and character. If you’re in Austin to experience the nightlife, be sure to check out our guide to the best bars in downtown Austin for a great night out. 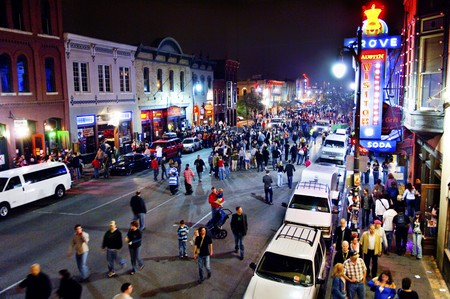 In addition to bachelor and bachelorette party weekends, Austin has become one of the go-to places in the USA for destination weddings, especially due to its proximity to Texas Hill Country. Nearby Dripping Springs is considered the wedding capital of Texas, while Austin’s Laguna Gloria contemporary art museum was listed in 2017’s Top 50 Wedding Venues in the country. The city’s strong network of local artisans and florists like Bricolage Curated Florals, recently featured in Martha Stewart Weddings, make remote wedding planning super-easy.

And no city makes the list for best destination weddings without having a plethora of swanky hotels. There’s something for everyone, from historic landmarks like the Driskill Hotel and Hotel Ella to stylish South Congress escapes such as Hotel Saint Cecilia and Hotel San Jose. And for locals, pools at the W Hotel and South Congress Hotel offer day passes for just $20, complete with complimentary valet parking and pool towels. Just one more way Austinites love to soak up the sun. If you’re visiting Austin on a shoestring, there are also some great cheap hotels and hostels to satisfy any budget traveler. 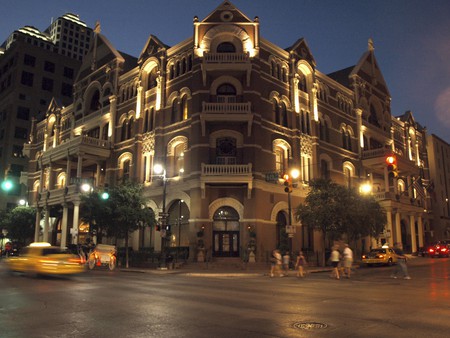 In addition to all these amazing activities, September 22nd – 24th, 2022 you can immerse yourself in Cybersecurity from Novice to Ninja, everything in between. The conference has a learning experience for every level of Cybersecurity enthusiast. From world-famous keynote speakers to everyday household names in Cybersecurity, you can catch them speaking and engaging with attendees in one-on-one conversations, advise, mentoring and more.

You can sponsor the Texas Cyber Summit – here:   SPONSOR TCS